This collection is dedicated in memory of Dr. Edward T. Uyesugi (1922-1989) and other American citizens of Japanese heritage whose families were forced to relocate into internment camps during World War II.

This collection is dedicated in memory of Dr. Edward T. Uyesugi (1922-1989) and other American citizens of Japanese heritage whose families were forced to relocate into internment camps during World War II.

Dr. Uyesugi graduated from Earlham in 1945 and married Ruth Anna Farlow (class of 1945) on January 27, 1946. He earned a Doctor of Optometry degree from Northern Illinois College of Optometry, and practiced optometry for over forty years in Paoli, Indiana, specializing in treatment of low vision patients.

The first Japanese came to the United States in the 1880's where they found racial prejudice and strong anti-Asian sentiment. Despite restrictions on their becoming United States citizens, many of those immigrants and their children became vital contributors to life in the West Coast states of California, Oregon and Washington.

Anti-Japanese sentiment took hold in the minds of the American people during the period, 1900-1920, and culminated in President Franklin Roosevelt's Executive Order (EO) #9066 of February 19, 1942. This EO required the evacuation of Japanese-Americans from the West Coast of the United States, to primitive secluded encampments where they could be observed and controlled.

The Uyesugi brothers, Edward and Newton, came to Earlham in 1942 as a result of the activities of the Japanese American Student Relocation Council (JASRC). The JASRC was an umbrella organization that grew out of the work of a number of church and civic organizations including the Society of Friends. President William Dennis of Earlham was active in this initiative. Working with the support of the United States Office of Education and the War Department, arrangements were made for students in the internment camps to attend college. The JASRC and the colleges had to combat the racism and war hysteria that had created the internment camps initially.

Earlham President, William C. Dennis, invested a great deal of his time preparing the way for some twenty Japanese-American students to attend Earlham. But President Dennis was not alone in committing Earlham to provide an education for these students. Members of the faculty such as Arthur Funston and Homer Morris, as well as Elton Trueblood, then on the faculty at Stanford University, and others were responsible for recruiting students and helping make it possible for them to come Earlham.

This incident in the institutional life of Earlham is an important example of the College's commitment to multiculturalism. At a time when hatred of Japanese-Americans was wide spread in the United States, members of the Society of Friends and faculty, staff and students at Earlham College went out of their way to help Japanese-Americans get a college education and gain respect as members of the Richmond community.

However, the heroes of this story are the Japanese-American young people who, despite bigotry and financial obstacles, obtained a college education and in later life made contributions to a society which had not valued them.

With the establishment of the Uyesugi collection and the creation of a book fund by his wife, Ruth, and their three children: Daniel '68, Anne, and Edward, Earlham College is able to provide information on this shameful incident in our national history and on the many contributions Americans of Japanese ancestry have and continue to make to our country. Earlham is proud of its role in making a college education possible for a group of Japanese-American students. Many of them have gone on to distinguished careers, bringing honor to themselves and their alma mater.

The Japanese American students who attended Earlham between 1942 and the end of World War II included: 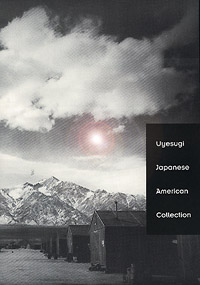