ALL Religion Resource Guide: Religion in the News

A starting point for any religion course at Earlham.

Explore the intersection between religion and society, with stories from the Heartland Podcast / NPR Illinois from the award-winning NPR programs. Also, check out other religion and spirituality podcasts from NPR. Click on the i next to each podcast for specific information about each show.

Winner of a Peabody Award, Speaking of Faith with Krista Tippett is public radio's weekly program about "religion, meaning, ethics, and ideas." It is produced and distributed by American Public Media and currently heard on over 200 public radio stations across the U.S. and globally via the Web and podcast.

Krista takes a narrative, or first-person, approach to religious and philosophical conversation. She draws out the intersection of theology and human experience, of grand religious ideas and real life. A weekly national program since July 2001, Speaking of Faith is not so much about religion per se, but about drawing out compelling and challenging voices of wisdom on the most important subjects of 21st-century life; thereby creating a different kind of in-depth, revealing, illuminating dialogue than can be elicited by traditional journalistic treatments and debates. Pass your cursor over the podcast title for specific information about each show. 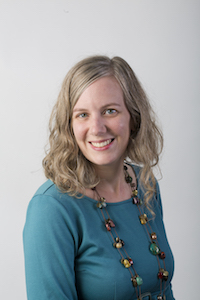