Information on the DVD collection in Lilly Library

Why is this important?

You could be fined, imprisoned, or both. It's the law. Ignorance of Copyright Law of the United States is not grounds to mount a legal defense in the event of litigation.

What is the most important thing to know?

All public screenings on campus require prior written permission from the copyright holder or a paid license in the form of Public Performance Rights (PPR, see below). Here are common examples of public screenings:

PPR, or Public Performance Rights, is permission to screen a film publicly in a venue. This public screening may be advertised, but admission may not be charged. These rights may be obtained from the creator or seller of the film after it has been purchased, or may be included with the purchase of the film.

Where can I find a list of films that Earlham owns which include PPR?

You can find a list of titles in the Earlham collection that includes PPR by clicking the Public Performance Rights tab of this page. As new titles are purchased, they are added to this list. Streaming videos or "eVideos" are also available and can be found searching the library catalog. Please see FAQ below on streaming media for more information on which streaming films general include PPR.

Is there a cost to obtain PPR?

Yes. For films that include PPR with purchase, the price of the film is usually much higher than that of a feature film. Obtaining PPR rights after purchase will include paying an additional fee.

Does the library pay for PPR automatically?

Some films are only available for purchase with PPR. In these cases the library pays for PPR in order to obtain the film. The library does NOT purchase PPR for recreational purposes.

Is PPR the same as Fair Use?

No. Fair Use protects those who want to screen all or part of a film for in-class, education use. It does NOT cover screening a film on campus for a public (advertised) audience, even if the screening is limited to members of the Earlham community.

How does one obtain PPR (or written permission from the copyright holder)?

The library can help find a vendor and obtain a PPR price quote. It can be incredibly difficult to obtain written permission from the copyright holder; the library cannot help with such matters.

If a film is legally available to stream for free on the internet, such as through YouTube, can it be screened on campus?

This is probably okay, unless the provider prohibits public performance. It's also important to double-check that the provider has the legal right to stream the video.

What if someone has a subscription to a streaming provider, such as Netflix, or Hulu? Can we have an event to show videos from those services?

Most streaming platforms have license agreements that state that the use of the account is limited to personal use only and prohibits public displays of content. Netflix has a limited number of titles for which they offer a "Grant of Permission for Educational Screenings", that allows for a one-time, free public showing of the film. To find whether a film has the permission, search for it by title in the Netflix Media Center. (For an example of the grant of permission, search on White Helmets.)

What about streaming video titles that I find in the library catalog?

The library licenses videos from several streaming content providers and agreements vary from vendor to vendor and sometimes title to title from each vendor. To find out if the library has PPR rights to a streaming video title contact a librarian for assistance by emailing researchhelp@earlham.edu.

Titles from Kanopy Streaming do include PPR, but cannot be streamed via Zoom (or other conferencing platforms). Users are instead encouraged to view films on their own devices at the same time and gather afterwards on Zoom for discussion.

Titles purchased with a semester license through Swank do not include PPR. PPR can be purchased on these titles for an additional fee. Please consult a librarian.

How to obtain PPR

What are Public Performance Rights and Do I Need them?

Public Performance Rights (PPR) grant the legal right to show a film or other media publicly. Without obtaining PPR, showing a film in a public setting violates the owner's copyright. Obtaining the rights for a public performance prevents possible legal action.

When is a performance considered "public?"

A public performance is one that is "open to the public or at any place where a substantial number of persons outside of a normal circle of a family and its social acquaintances is gathered." (17 USC 106)

This includes any screening outside of the regular curriculum in the classroom, such as showing films for extracurricular events, or sponsored events by a center, club, or organizations.

Are there instances that do not require obtaining public performance rights?

Viewing a film at home or in the classroom "in the course of face-to-face teaching activities" as part of the regular curriculum is not considered a public performance (17 USC 110). 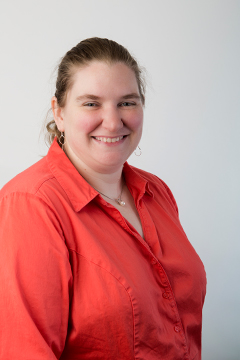